ALWAYS READY FOR CHANGE AND NEW CHALLENGES, she has produced new works of rare intensity for this exhibition that embrace three of her favourite themes: ALCHEMIES, ENDLESS LINES AND THE NEW BLACK SERIES.

cONTINUOUS DESIGN AND CONCEPTUAL RESEARCH HAVE LEADED TO THE EXHIBITION OF THREE DISTANT WORKS OVER THE YEARS, BUT WHICH WELL CONTAIN THE ARTISTIC PATH OF ARIEL SOULé, WHO HAS ACCEPTED TO GET IN THE GAME AGAIN. 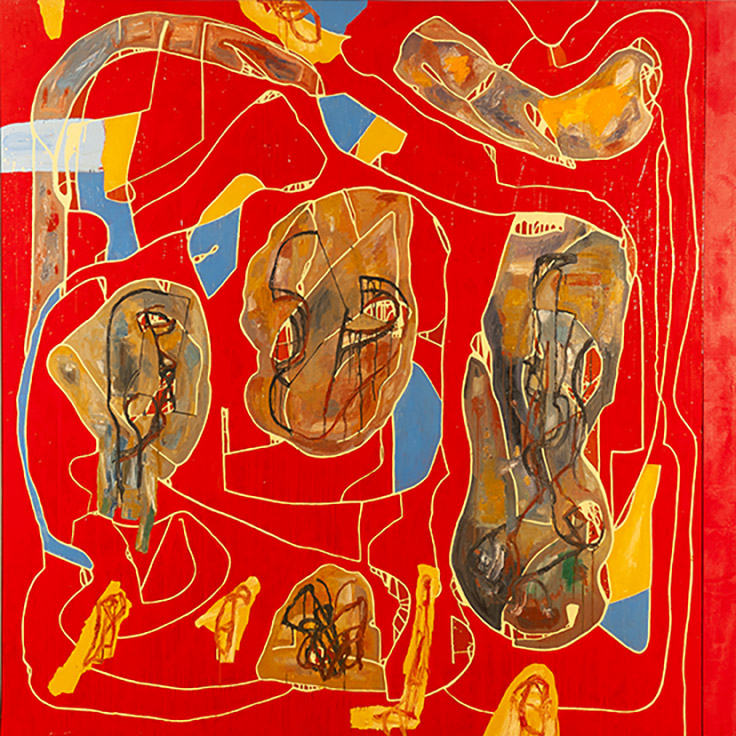 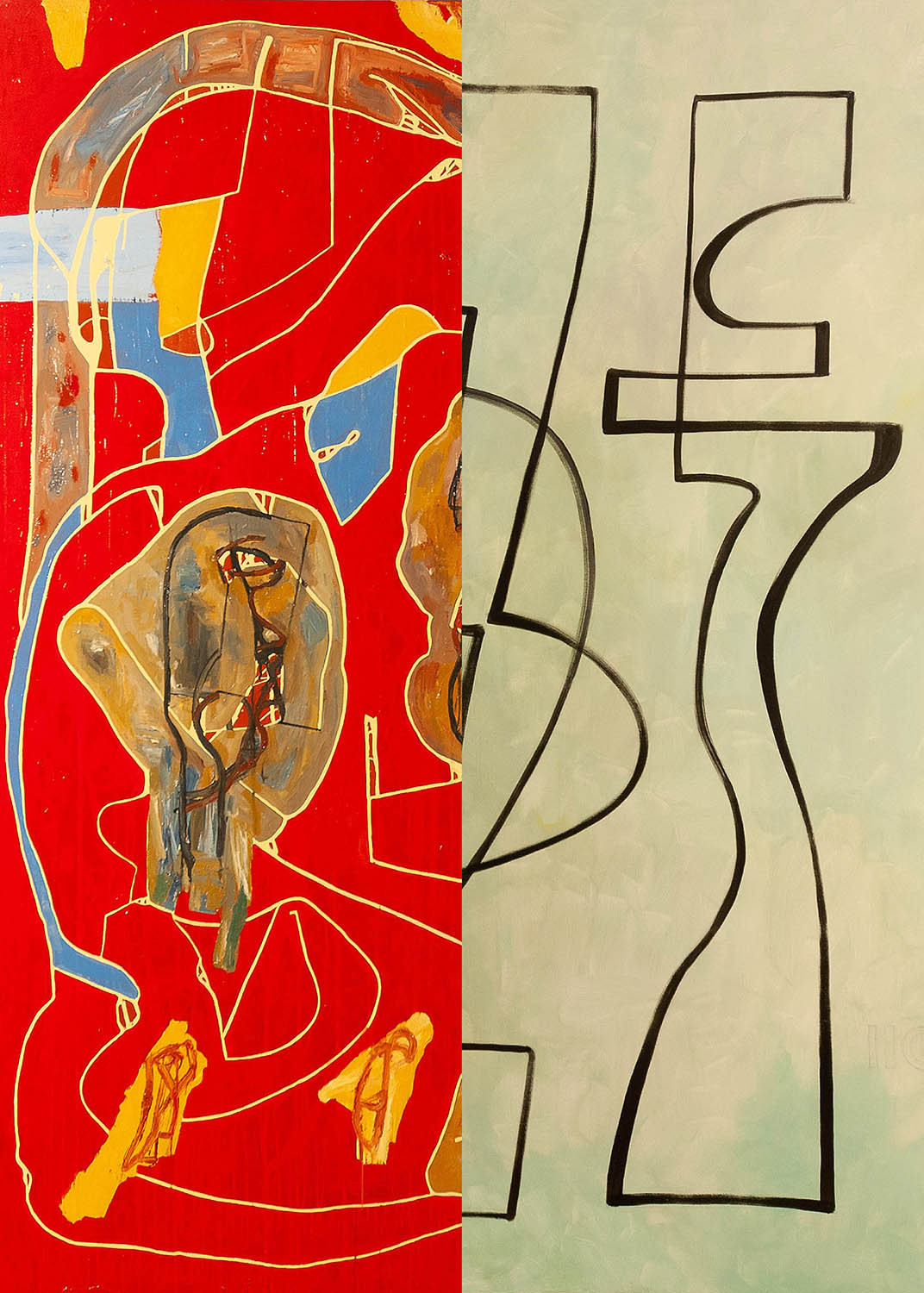 Two artists in sequence producing artistic and aesthetic consequences. This is the result of a kind of experimentation by Anna Pennati and Ariel Soulé. The former is a free researcher of multidirectional morphologies; on the other hand, her experimental "alter ego", Ariel, is a perpetrator of formal pictorial sequences (held together by a subtle and pertinent fil rouge) as a consequence of literary-philosophical assumptions. What do the two do? They aim to merge, each yielding to the other some of their creative 'cells'. Or, rather, each of them appropriates (a distant memory of the New Realist gesture?) the right or left side of a painting by his colleague. Any left side that one of them has taken over is grafted onto the right side of one of their own paintings. An act of artistic engineering, even though the two paintings at stake are in good aesthetic health. 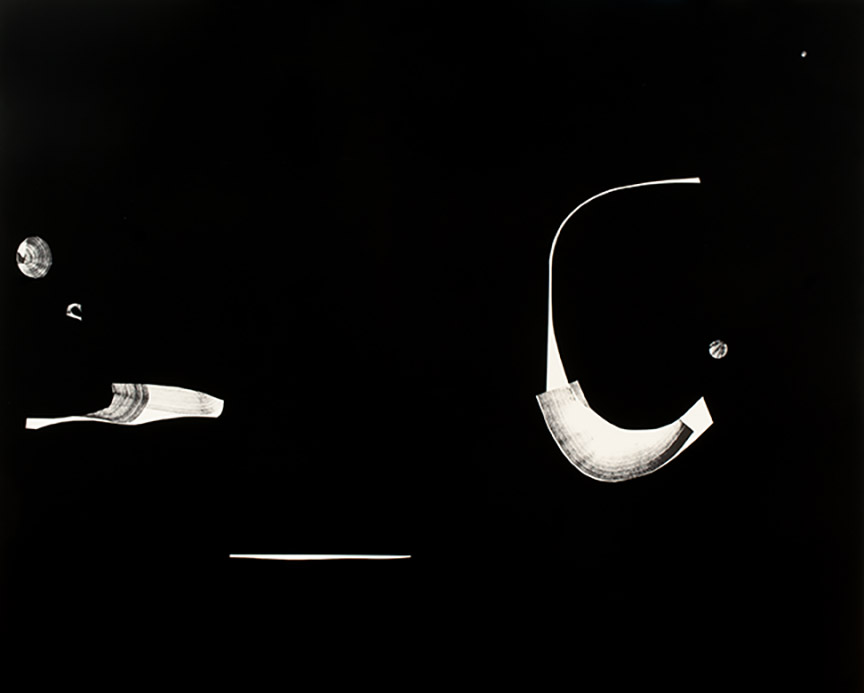 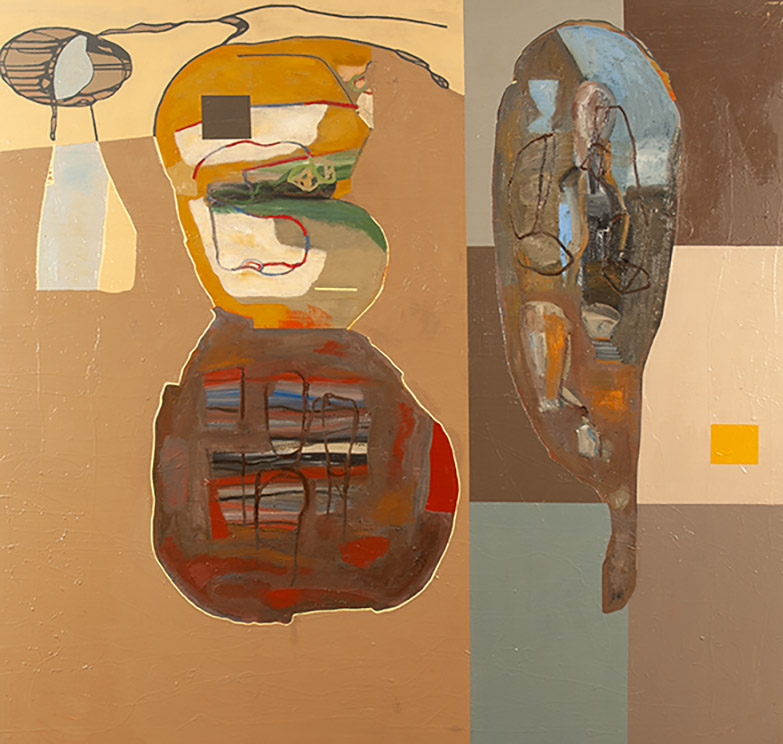 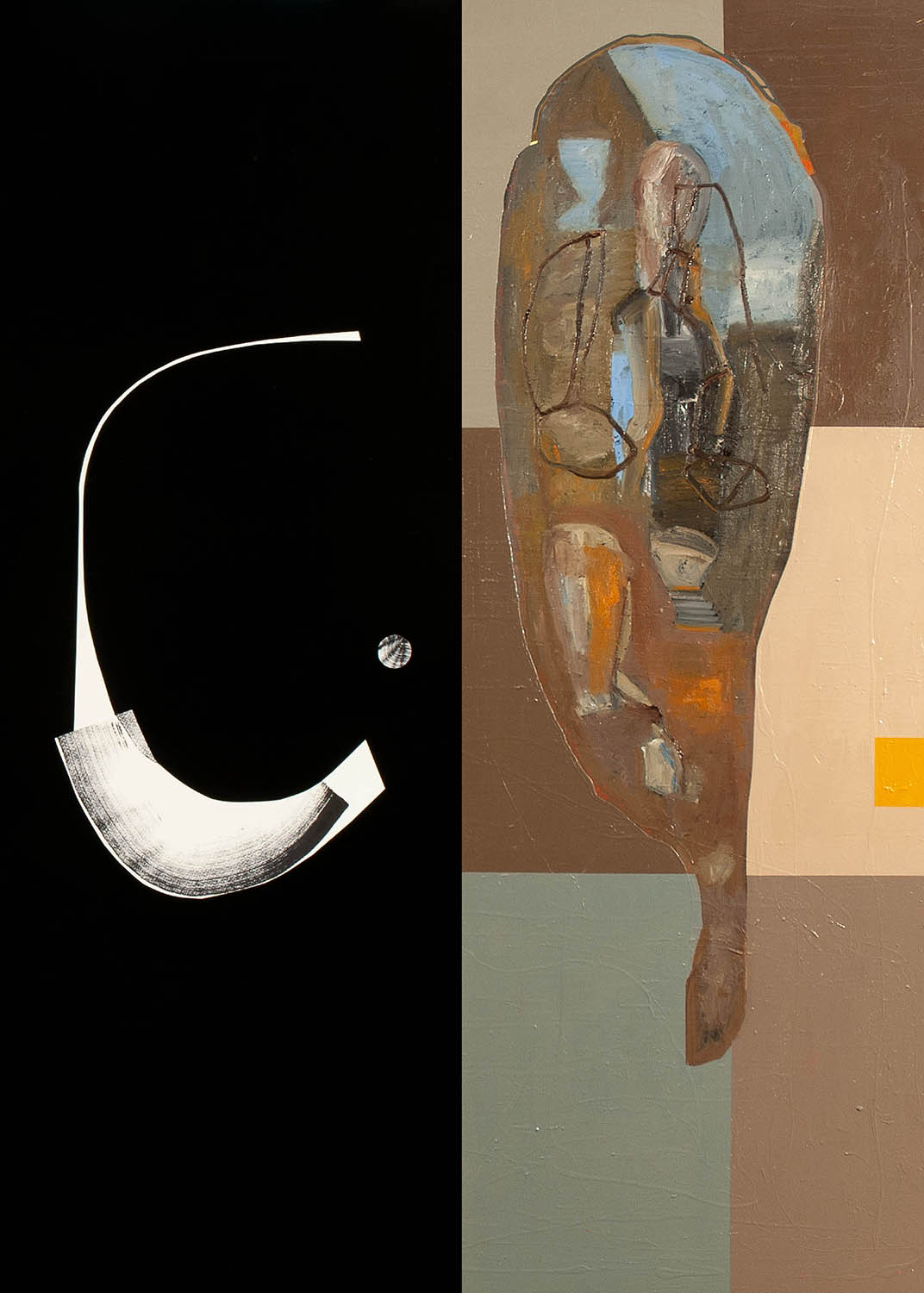 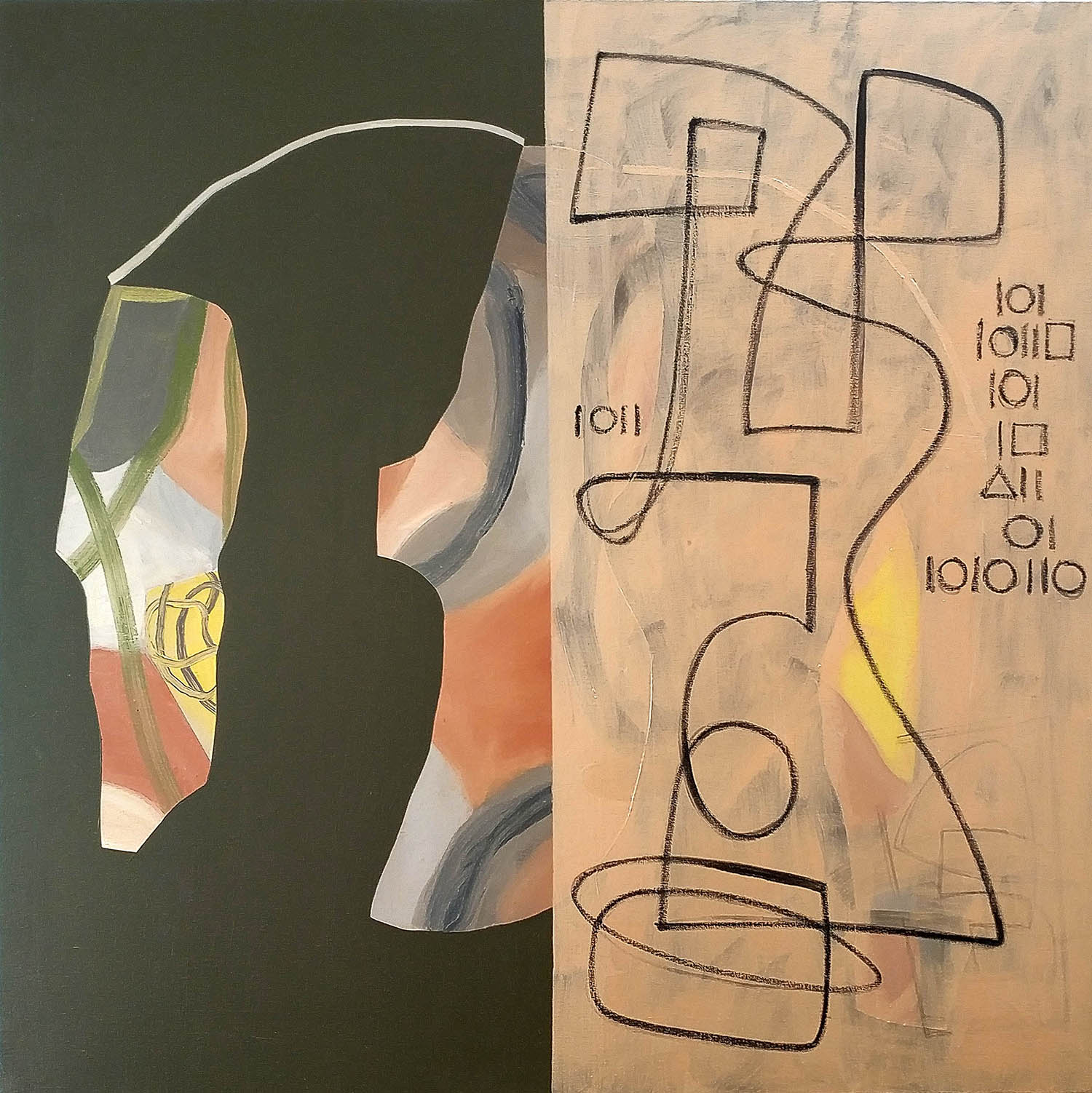 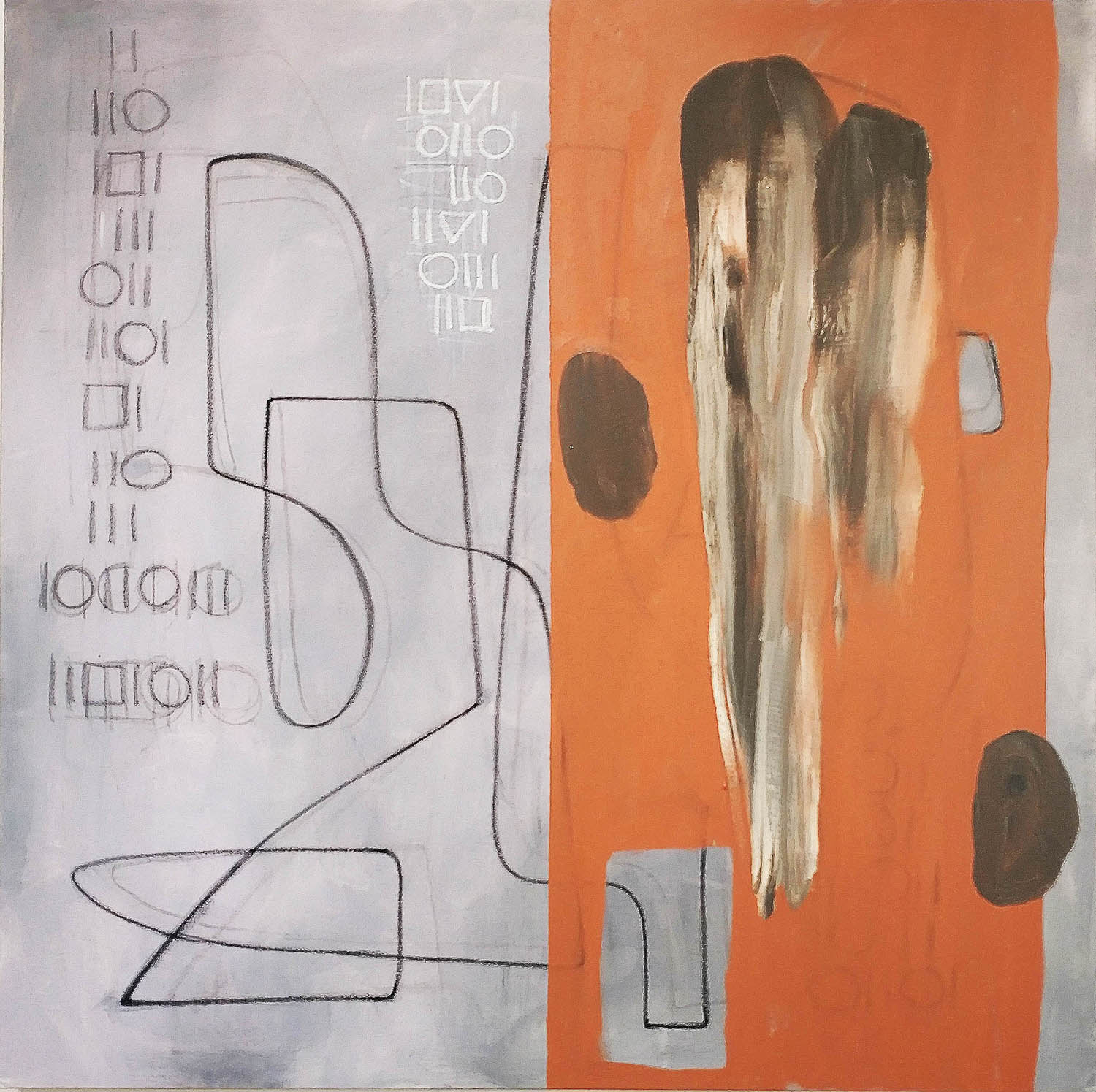 An exchange of sequences. The sequence usually rests on a linear development (see the early Christian sarcophagi), thus determining juxtaposition. But Leonardo Fibonacci, whom they rightly refer to, at the beginning of the 13th century highlights, in a succession, a phenomenon of consequence, i.e. a jump, which determines "other" consequences that differ from the initial situation (the formula is well known).

In their case, the consequence is precisely connotative. It is therefore a linguistically transmuting or deviant result.
This is quite different from when someone intervenes on an original and manipulates it in various ways. For example, to transfigure it and make it their own or for censorship purposes.

Here the aim is to determine a new work that seems to be consanguineous, even though the blood group is different. This probably takes into account the hybrid that we experience internationally. And it is precisely in the light of this observation that the experiment is different from the post-Dadaist "games" that some famous artists have played on other people's works. But again: despite these notations of epochal updating, in Anna and Ariel's operation the chiasmatic game of the exchange of tensions in X peeps out. As early as the fifth century B.C., Polyclitus fixed this game in his "Doriphoros". The sculpture flaunts the interplay between the tension of the left arm (holding the spear) and that of the right leg, which supports the weight of the body.

Of course, in this case, a hybrid within Western culture. But you can go even further, can't you?

The two artists break the works down into sections that are then ideally combined to create new figures. The left half of one is visually placed side by side with the right half of the other and vice versa, thus producing new emotional sensations.

The idea is further developed by inserting the concept that an intervention of another person on a finished work, such as the act of censorship of the volumes in the library of Salamanca, rather than the erasure of words and letters in the works of Emilio Isgrò (1937), leads to different, often unexpected, but nevertheless new realities. In 1953 Robert Rauschenberg (1925-2008) asked his master Willem De Kooning (1904-1987) to give him a drawing and erased it to demonstrate that even just by "erasing" one can create a new work of art. 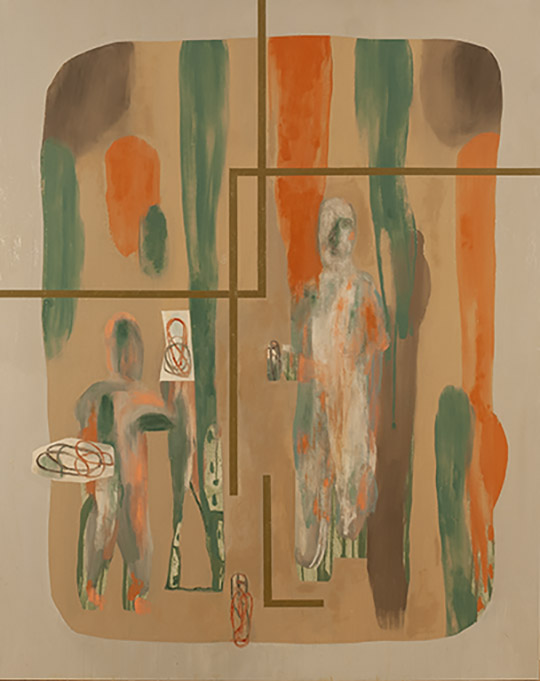 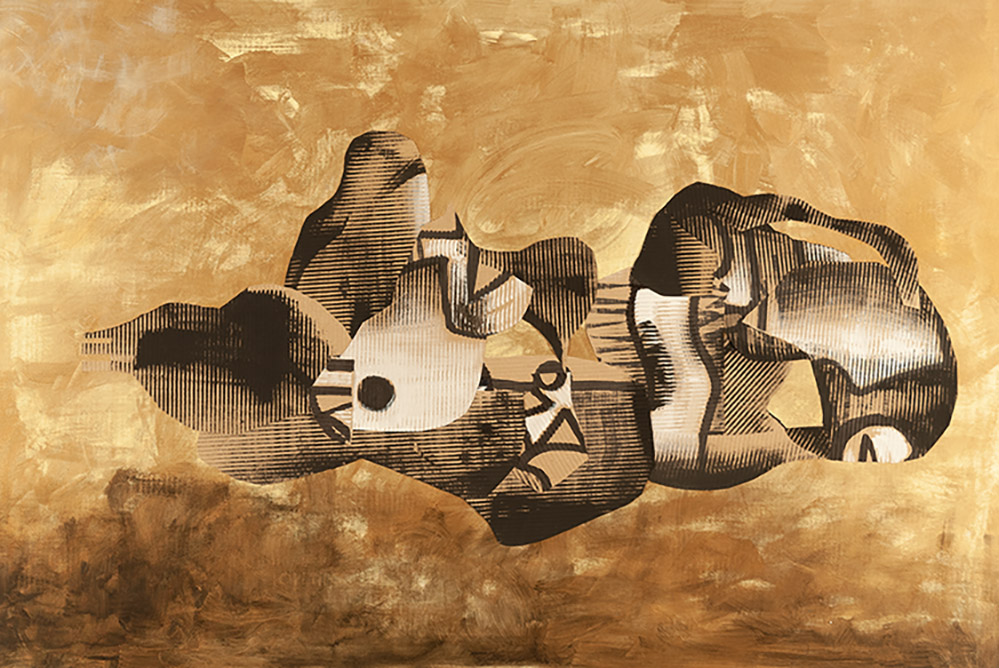 It is indeed censorship, but censorship that CREATES something new. And anyone who knows even a little about the psychology of an artist knows how unthinkable it is to let someone so invasively enter one's territory, which is usually forbidden. Not a two-handed creation, but an intervention, even a total one, on a finished work.

A re-arrangement of images in SEQUENCES that leads to inevitable but very interesting CONSEQUENCES that will be seen not only in the resulting works, but also in the reaction of the artists themselves and the spectators.